In starting work on my individual game concept, I began with an attempt at following the 10 games in 10 minutes tutorial activity – alas, in a caffeine-deprived state, I only came up with nine, but adding a short description to each title helped me figure out which ones would be workable. 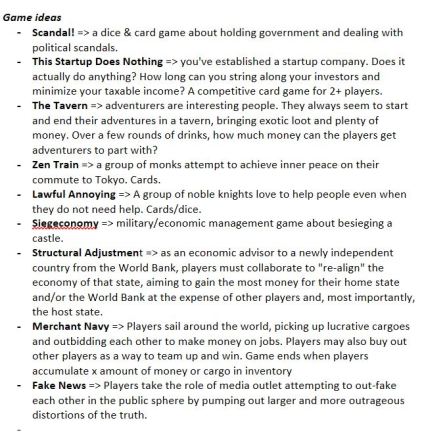 The most viable in terms of production seem to be Scandal!, Structural Adjustment and This Startup Does Nothing. All three have a few things in common: