Since the last post I have undergone a bit of the ole play testing and I have uncovered many many silly mistakes in the game. For me personally I found it difficult to know the next step I needed to make until I played the game, now I know what needs fixing. 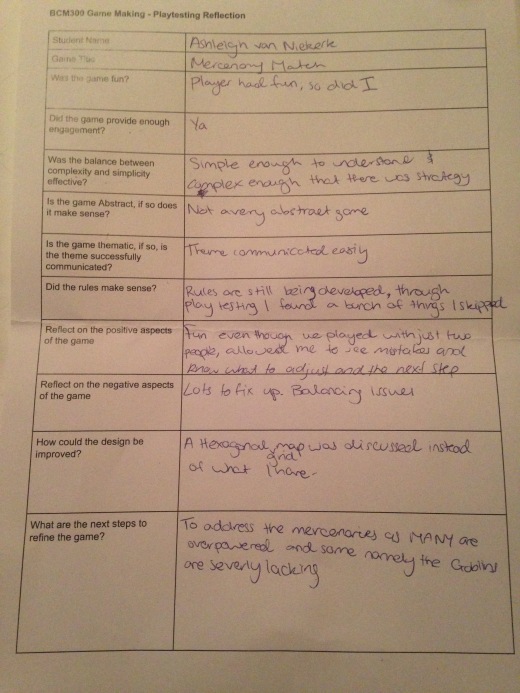 The game was played with just me and my brother, who is a fan of D&D style games. So he really enjoyed finding ways to stack bonuses and break the characters, really helped me realise how overpowered I made some of the Mercenaries and how underwhelming others were. Also the fact that quite a few of the moves NEEDED some real adjusting.

Play testing was quite fun the game lasted about an hour mostly because I was writing notes, fiddling with the mistakes and weighing many options on how to improve. With better rules…