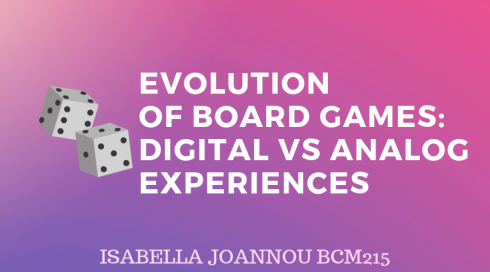 As a board game lover myself, I couldn’t help but use the digital artefact opportunity to delve deep into the world of board games and where they are today. From a physical game to an adapted digital version. Two of my favourites include Monopoly;
Monopoly is a board game currently published by Hasbro. In the game, players roll two six-sided dice to move around the game board, buying and trading properties, and developing them with houses and hotels.
And Cluedo; A murder mystery game where you move around the game board (a mansion), as of one of the game’s six suspects, collecting clues from which to deduce which suspect murdered the game’s perpetual victim: Mr. Boddy (Dr. Black, outside of U.S.), and with which weapon and in what room.

The medium I chose to use for my digital artefact is through podcasting, as I know this a skill I would…