When I first learned of the fact that I would have the opportunity to playtest and analyse several board and tabletop games during weekly BCM300 Game Experience Design seminars, I was beyond excited. How cool is that? And to be able to use board games as a vehicle through which I can experiment with iterative design and prototype production? An awesome concept!

As part of this experience, it could be argued that the practice of reflecting is key to deriving meaning from multiple sessions of play and ensuring that some of the pivotal learning moments are integrated into the game(s) that I will later go on to produce. As such, the following writing is my reflection on the gameplay I was part of in the seminars, bolstered by an analytical framework through which I consider three main elements: game mechanics, game author and manufacturer, and finally the universal nature of gameplay concepts.

For the sake of simplicity and due to unforeseen circumstances *cough cough* out of our control, I will be using one game I played in the Week 1 seminar to exemplify some of my significant learning reflections; “Codenames: Pictures”.

Codenames: Pictures is a card-based space game published by the Czech Games Edition wherein players take on the role of secret agents trying to send a secret message to their allies, all the while going head to head with enemy agents! Developed by the highly-acclaimed board game designer Vlaada Chvátil, this was my favourite game that I played during the weekly seminars.

From the start, upon first opening the box of Codenames: Pictures, it was clear that the designer knew his stuff. I marvelled at the instructions and how they laid out the game in levels of increasing complexity, presumably so that, as a player became more familiar with the game mechanics, they could seek to exert more control over the game by introducing more complicated strategies and tactics. I would later find out after conducting some background research that this progressive complexity mechanic (as well as the instructions being written in a way that allowed for such a logical progression to take place) were characteristic of Chvátil and his games.

Although the target audience of Codenames: Pictures was not obvious to me at first, as we began to play and the game got progressively more difficult, I realised that the game would be excellent at parties, with spectators crowding around oohing and ahhing at the near-misses and bold manoeuvres the game encourages. Much like Cards Against Humanity, I liked how you were forced to consider your teammates’ perspective to understand the (often unclear) implied meanings in the cooperative gameplay, which is something I would like to try and implement in my game that I will go on to create in the future.

THE UNIVERSAL NATURE OF GAMEPLAY CONCEPTS

Ironically, I feel that the most significant learning moment that I achieved through Codenames: Pictures occurred before any gameplay took place. In a group with Sam Cunningham, Bodhi Todd and Jordan Boyle, we were going through the game instructions and came to an added element (the assassin) which, if selected, constituted an immediate loss of the game. I asked for further clarification and Sam, having played the game before, explained the new feature, only ―and this is the important realisation I came to later upon reflection― he explained the mechanic by referencing another game. Sam’s words were as follows:

“The assassin is like the eight-ball in pool. If you get it, just like when you sink the ‘black’ in pool, you lose instantly”.

It was only later on during that day that I realised the significance of what Sam had done. By drawing parallels between two (let’s be honest, very different) games, Sam got me to realise that, while games may differ in genre, materiality and mode of play, there are still some elements that are transferable across platforms. This made me consider the universal nature of some of the key concepts of games, and, in turn, got me thinking about how I may be able to reinvent a popular gameplay element of an existing game to another platform or integrate it in a different form into the game I will go on to design. After all, as Chris Moore stated in one of the seminars, “good artists copy, great artists steal”, a quote attributed to W. H. Davenport Adams.

I would argue that the narrative behind a game entertains you, while the mechanics of the game engage you as a player. This was perhaps most apparent in the fact that, while the premise of being secret agents in Codenames: Pictures gave the game context and meaning, it had little bearing on how the game was played. Instead, the deliberately ambiguous pictures on the cards permitted several unorthodox and abstract strategies to arise as the game progressed.

One such element that I thought was successful in engaging and creating a compelling arc of gameplay was the fact that the game mechanics allowed for rapid comebacks. Just when Bodhi and I thought we had the game in the bag as we were 6 cards ahead of Sam and Jordan, the opposing team decided to do a ‘Hail Mary’ play and ended up winning the game on the last round.

This gameplay mechanic, in addition to being loads of fun, meant that it was impossible to predict what the eventual outcome of the game would be as last-ditch efforts were just as valid a strategy as incremental progress towards completion. It should come as no surprise to read that I’m going to try to incorporate this sort of mechanic into my own game in the hope that I can create a more immersive and enthralling experience for my players. 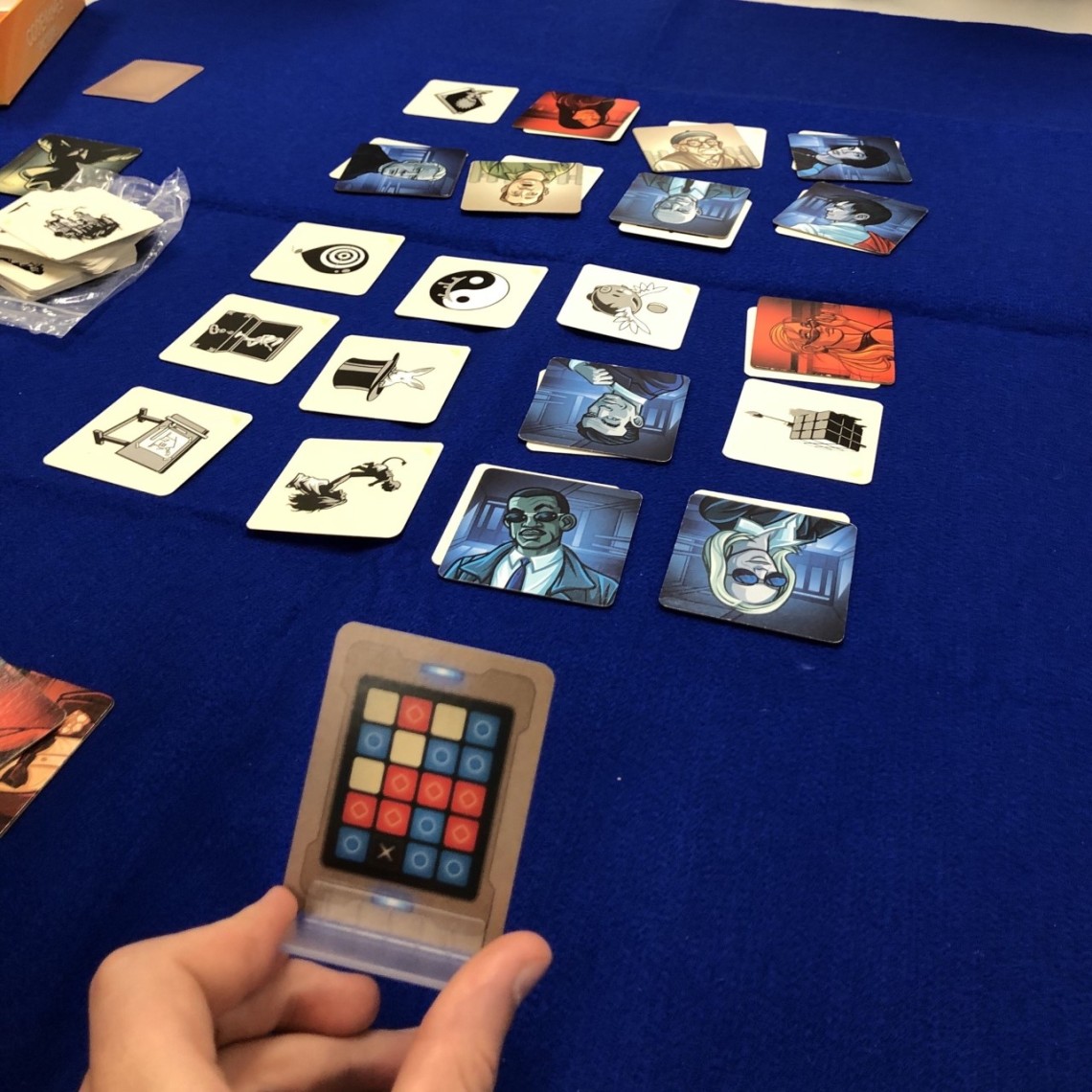 In closing, I want to stress just how much I enjoyed these seminars and the many learning moments they generated; so much so that I went out and purchased Codenames: Pictures and a couple of other board games after class to be able to share the experience with my friends and family!

Anyway, thanks for reading, play on!

View all posts by thesquaad