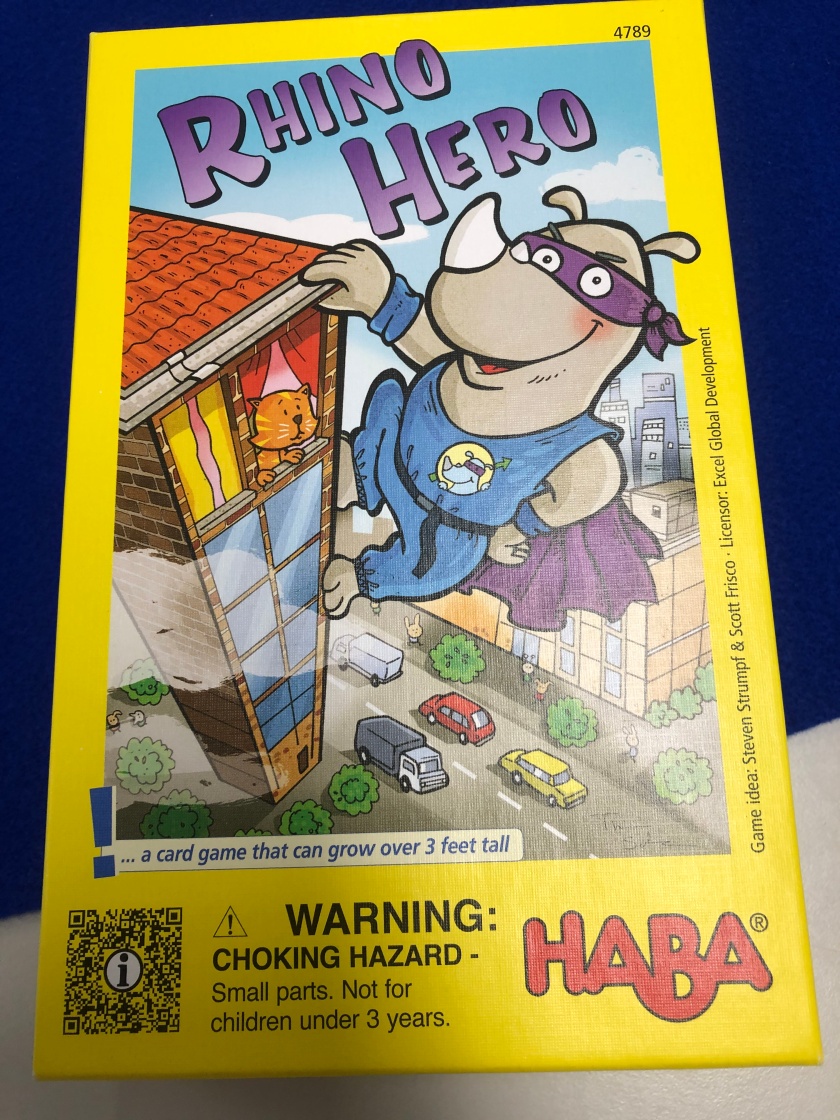 In class I played numerous other games but I didn’t have anywhere near the amount of fun that I did when playing Rhino Hero because if the influence you can have on your competitors outcome.

This game is age rated for the ages 5-99. This game is played using different tactics depending on which age group you are a part of.

For the age bracket 5-10 the player would be focused on having their turn and then after they have successfully placed their cards on the stack they wold get a sense of relief. They could sit back and relax.

Players each start the game with five roof cards, and they take turns adding walls and roofs to a single building. Keep your hands steady! The first player to build all of their roof cards wins the game. Alternatively, if the building collapses, the player who caused the collapse automatically loses, and the player with the fewest roof cards in hand wins.

There are two themes in this game. It is a children’s game and a building game.

Even simple games help young players identify colours, count spaces, and develop hand-eye coordination and dexterity in moving cards and pieces around the board.

You have to play strategically to beat your opponents There are different cards in this game: One tactic I used was to save all my Rhino Hero cards until the stack was very high. This made it harder for my opponents.

Some roof cards have special symbols. When placed as a roof on a building floor, the action is triggered.

This game requires players to balance and stack cards. This creates a lot of interest in the game. It also creates an interesting challenge when playing with adults as they try and sabotage the next player. They can do this by creating the stack lopsided there for making it a lot harder to keep the tower alive. As you can see in the time-lapse below we had trouble keeping it upright! 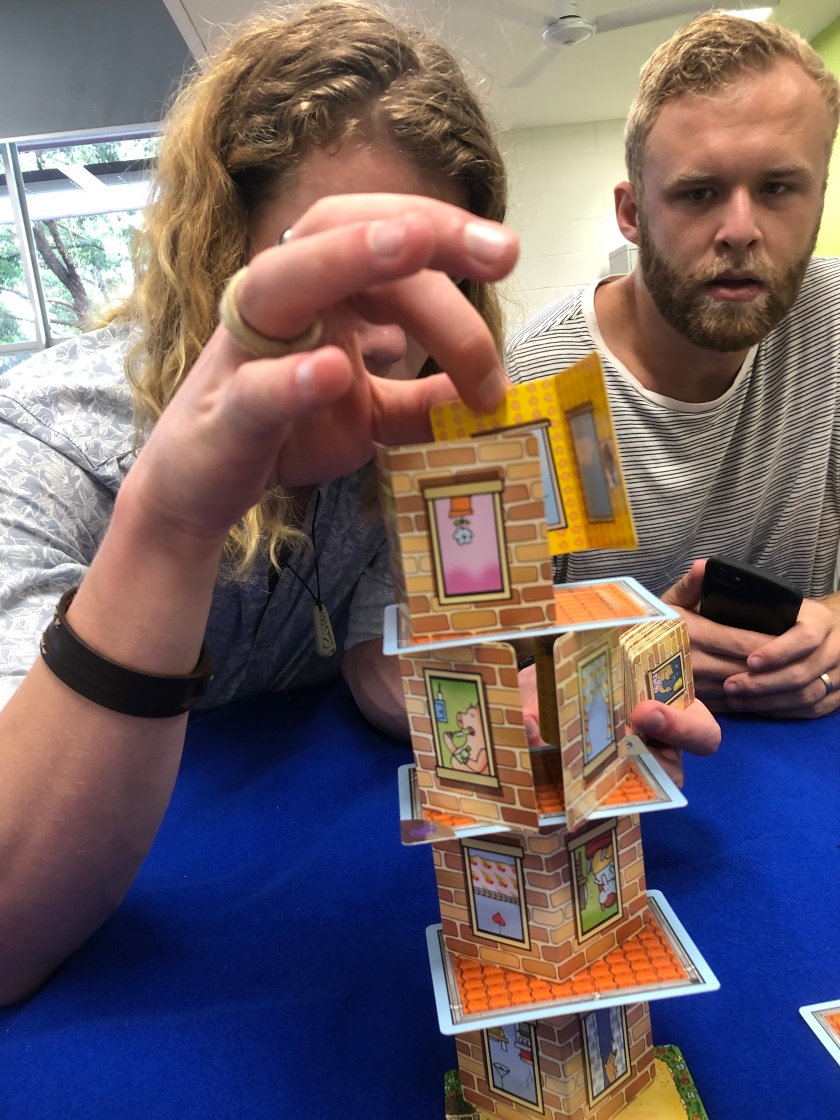 Rules / how to win

There are a few different outcomes to finish the game when playing Rhino Hero: