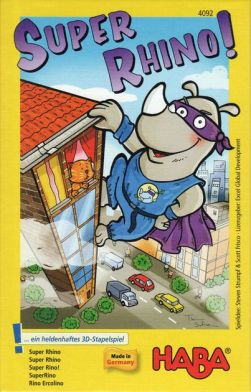 It took a while for my group and I to get the ball rolling learning the rules and getting set up, this was probably due to the fact that we started off reading the wrong rules because another instruction manual was in the game box, but nonetheless, once we learnt the rules eventually we got the ball rolling. In my honest opinion, the game wasn’t overly appealing. We played a couple of rounds but each playthrough was quite lackluster, this was probably due to the game’s simple mechanic. There was some enjoyment but not enough for hours and hours of playthroughs.

The Board Game family review site has an interesting and insightful view on the board game, the game s mainly directed at children but can be enjoyed by the entire family. “If the game has…

UOW - Comms and Media degree View all posts by concretesurfing