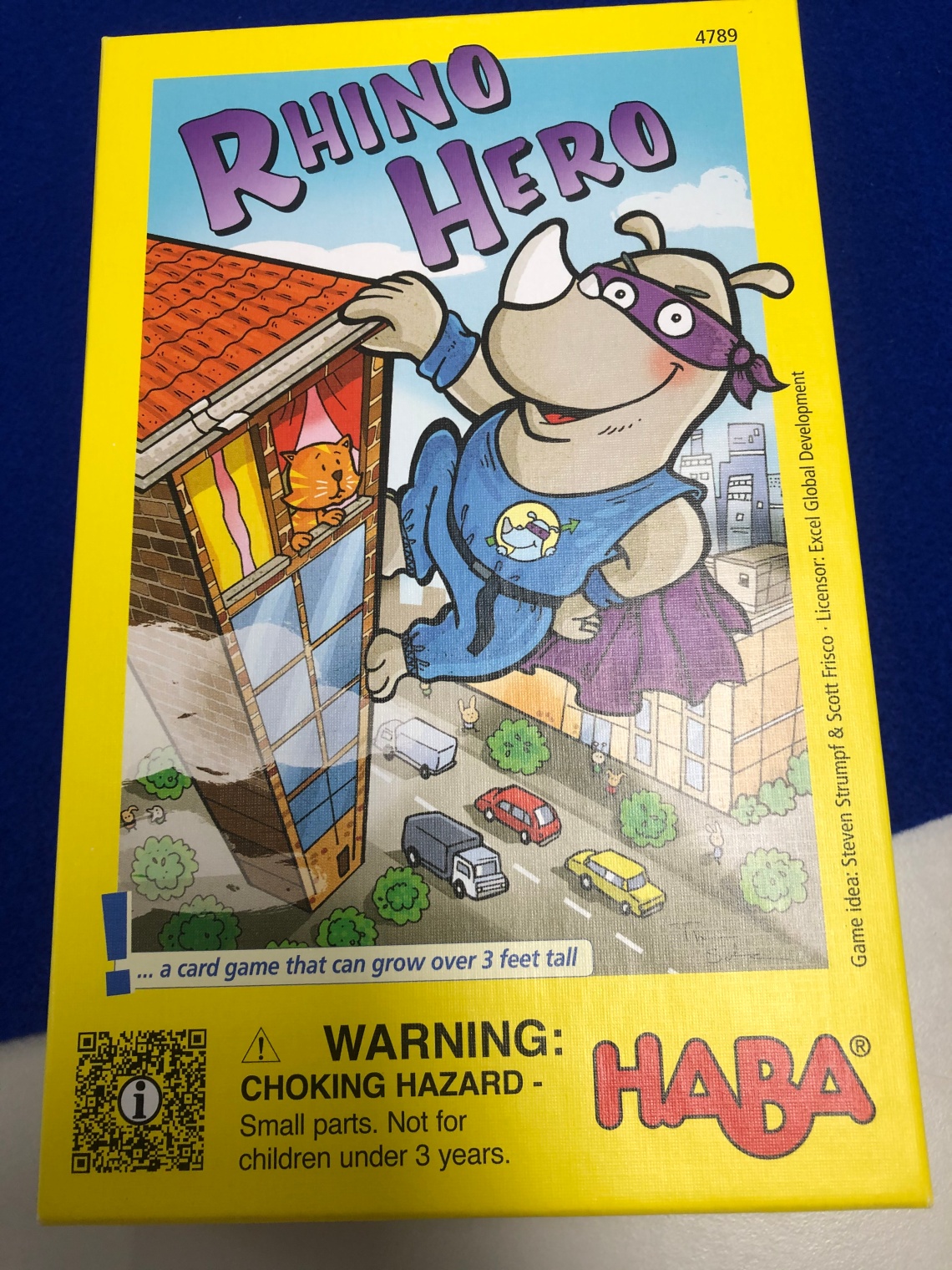 In class I played numerous other games but I didn’t have anywhere near the amount of fun that I did when playing Rhino Hero because if the influence you can have on your competitors outcome.

This game is age rated for the ages 5-99. This game is played using different tactics depending on which age group you are a part of.

For the age bracket 5-10 the player would be focused on having their turn and then after they have successfully placed their cards on the stack they wold get a sense of relief. They could sit back and relax.

Players each start the game with five roof cards, and they take turns adding walls and roofs to a single building. Keep your hands steady! The first player to build all of their roof cards wins the game. Alternatively, if the…

View all posts by Bodhi Todd